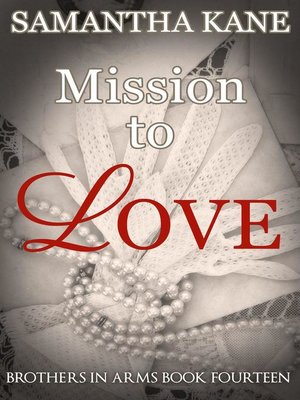 The Long Awaited Next Installment of Samantha Kane's Beloved Brothers in Arms Series!
"No one does the hot historical better..." – Kate Pearce NYT and USA Today Bestselling Author
Are two men who love the same woman one step away from falling in love with each other?
Simon Gantry has done it all. He's handsome, sophisticated, a lethal spy, and a war veteran. And he's broken inside. A tragedy when he was young has kept Simon from ever truly giving his heart to anyone until he met Christy Ashbury.

As a constable dedicated to the rule of law, Robert Manderley has always preferred order to chaos, logic to intuition, facts to fantasy. Yet when he met Christy Ashbury—a woman who lied to him about everything—he gladly forgot all of that.

Christy fell in love with both Simon and Robert at the same time. Now married to Robert, Christy pretends to be the woman she thinks he wants. When Simon reappears in their lives the real Christy—the woman only Simon knows and the one he still loves—reveals herself to Robert. Her passion and strength captivate Robert more than ever even as he watches her and Simon fight their rekindled love.

Robert and Simon must work closely together on a grisly murder case that escalates into a terrifying threat to London, and to Christy. The two men overcome their jealousy to find a bond growing between them, as well as an unexpected passion. Is Christy all that binds them together, or are two men who love the same woman one step away from falling in love with each another?

All Simon wanted was to be alone with his thoughts. Was that too much to ask for a poor man who'd been kidnapped, beaten, tortured and rescued?
Alas, it was not to be...