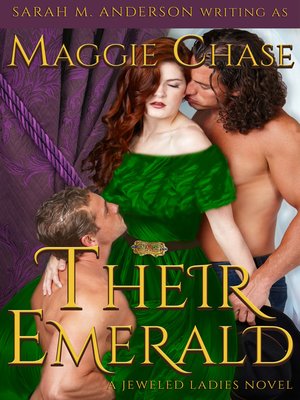 The mayor of Brimstone, Raymond Dupree, has a secret—he's in love with his assistant, Hank O'Shea. The only person who knows the truth is Miss Emerald Green, the second-most famous Jewel in Texas. Raymond spends one night a week not with Miss Green but with Emmy, his closest confidant. She treasures her friendship with Raymond and although she wishes he could love her fully, she's content. But when Hank kisses Raymond, everything changes.

"Interested in some sexy stories set in the American West? His Topaz, Their Emerald and Her Ebony will fit the bill. I look forward to seeing what Maggie Chase writes next." - Jennifer Porter, Romance Novel News