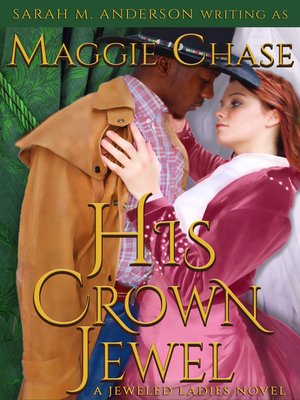 Cyrus never thought he'd see Emily again—and certainly not as a madam. But when their paths cross again, he's not going to let the only woman he's ever loved get away from him. But someone's out to destroy Cyrus and, as Mistress, Emily has the power to keep him safe. When she tries to send Cyrus away, will he go or will he fight for her?

"Interested in some sexy stories set in the American West? His Topaz, Their Emerald and Her Ebony will fit the bill. I look forward to seeing what Maggie Chase writes next." - Jennifer Porter, Romance Novel News

"One of the most amazing erotica series I have ever read." - Erin Penn, Goodreads

"This is the story that answers all our questions about Mistress, the owner of the Jeweled Ladies, and Free Cyrus Franklin, who has been a mysterious figure helping former slaves and others in need escape their former lives." - Mary Dieterich, Goodreads