It Came from the Sky 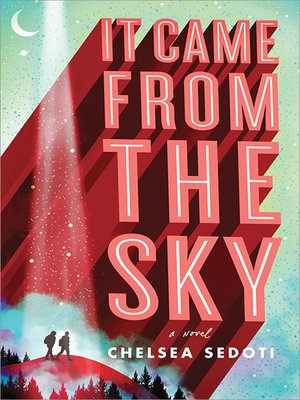 From the author of The Hundred Lies of Lizzie Lovett and As You Wish comes the unforgettable story of the one small town's biggest hoax and the two brothers who started it all.

This is the absolutely true account of how Lansburg, Pennsylvania was invaded by aliens and the weeks of chaos that followed. There were sightings of UFOs, close encounters, and even abductions. There were believers, Truth Seekers, and, above all, people who looked to the sky and hoped for more.

Gideon Hofstadt knows what really happened. When one of his science experiments went wrong, he and his older brother blamed the resulting explosion on extraterrestrial activity. And their lie was not only believed by their town—it was embraced. As the brothers go to increasingly greater lengths to keep up the ruse and avoid getting caught, the hoax flourishes. But Gideon's obsession with their tale threatened his whole world. Can he find a way to banish the aliens before Lansburg, and his life, are changed forever?

Told in a report format and comprised of interviews, blog posts, text conversations, found documents, and so much more, It Came from the Sky is a hysterical and resonant novel about what it means to be human in the face of the unknown.

Also by Chelsea Sedoti:
The Hundred Lies of Lizzie Lovett
As You Wish

Praise for Chelsea Sedoti:
"Depending on the reader, this novel offers different levels of intensity, starting with the everyday sort of teen troubles, progressing to difficult family dynamics, and reaching up to the ethical dilemmas wishing can create—all while being easy to read and hard to put down."—VOYA, STARRED Review for As You Wish
"Heartbreaking, other times hilarious, but always thought-provoking. An unexpectedly affecting book that will have readers pondering what they would wish for if given the chance."—Booklist for As You Wish
"Resonant and memorable."—Publishers Weekly for The Hundred Lies of Lizzie Lovett
"Wildly creative."—School Library Journal for The Hundred Lies of Lizzie Lovett