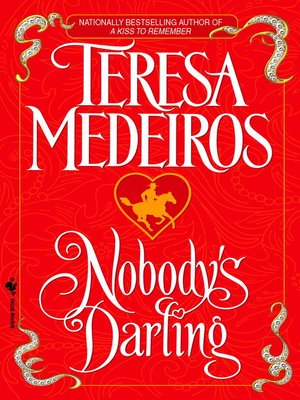 I never enjoyed being a wanted man until the day Miss Esmerelda Fine marched into the Tumbleweed Saloon and pointed her derringer straight at my heart. Who would have guessed some duke's granddaughter--an awfully pretty one at that--would come gunning for the likes of me, a notorious bounty hunter with a taste for whiskey and a fondness for peach pie? Lucky for me, she was a mighty poor shot. Instead of killing me, she hired me to find her runaway brother. Little did she know she was about to make the acquaintance of a flea-bitten basset hound named Sadie, the infamous Darling Gang, and my shotgun-toting kinfolk. And little did I know she was about to lead me on a merry chase that would take us from a bungled bank robbery to the very first Wild West show to tour London, England.

Because there comes a time in every man's life when he's got nothing left to lose...but his heart.

Bestselling author Teresa Medeiros was chosen as one of the Top Ten Favorite Romance Authors by Affaire de Coeur magazine and has won the Romantic Times Reviewers' Choice Award for Best Historical Love and Laughter. A former Army brat and register...

More about Teresa Medeiros
Nobody's Darling
Copy and paste the code into your website.
New here? Learn how to read digital books for free