ebook ∣ Critical Perspectives on the Past 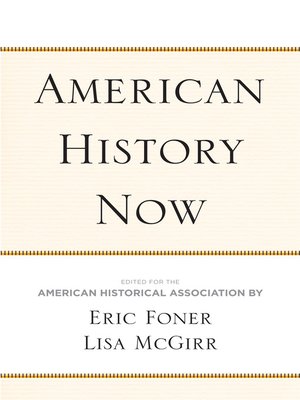 Critical Perspectives on the Past

American History Now collects eighteen original historiographic essays that survey recent scholarship in American history and trace the shifting lines of interpretation and debate in the field. Building on the legacy of two previous editions of The New American History, this volume presents an entirely new group of contributors and a reconceptualized table of contents.

The new generation of historians showcased in American History Now have asked new questions and developed new approaches to scholarship to revise the prevailing interpretations of the chronological periods from the Colonial era to the Reagan years. Covering the established subfields of women's history, African American history, and immigration history, the book also considers the history of capitalism, Native American history, environmental history, religious history, cultural history, and the history of "the United States in the world."

American History Now provides an indispensible summation of the state of the field for those interested in the study and teaching of the American past.

Critical Perspectives on the Past