The Jems and Jamz Series 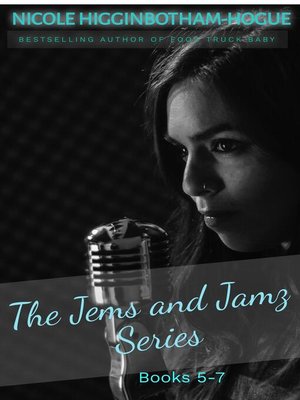 A Fan to Remember

When Spike takes over the band's public relations, she is suddenly knee-deep in fan mail, and much to Jemma's dismay, she spends most of her time on her new position. However, when threatening e-mails begin to come in from Fangirl38, Spike finds herself at odds, and before she knows it, the whole band is caught up in a mixture of suspense and terror.

When River Jensen hires Marie Reynolds as her restaurant designer, she is apprehensive about the other woman's commitment to the project and wonders if the woman's modeling aspirations will get in the way of her own dreams. However, as their relationship blossoms into one of affection, River's trust in the other woman is tested, and Marie is left with the choice to follow through with River's restaurant design or to give up everything to follow her own dreams.

Before Ziggy Johnson was a member of Jems and Jamz, she struggled through several ups and downs in the heart of Chicago. Learn about what experiences brought to to where she is today and how her musical dreams came to fruition.