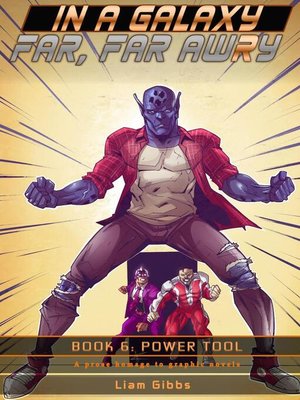 In a Galaxy Far, Far AwRy

It ain't easy keeping the most powerful man in the galaxy out of evil's grasp.

Military field leader Reef is about to begin his hardest mission yet: protect a man with a strange ability. The ability? To communicate with himself across millions of timelines.

With the knowledge and experience of millions of himself, he's a very wanted man. So when the galaxy's foremost criminal leader, Master Asinine, captures him to harness his ability, nobody is safe. Because Asinine loves galactic domination almost as much as sausages.

Now Reef must lead his squad behind enemy lines on a near-hopeless rescue operation, with the fate of the galaxy hanging in the balance. No pressure.

Can Reef keep this immense power out of criminal hands? Or will Asinine exploit it for his own evil intentions? Will I ever shut up and let you read the book? Fine!

In a Galaxy Far, Far AwRy