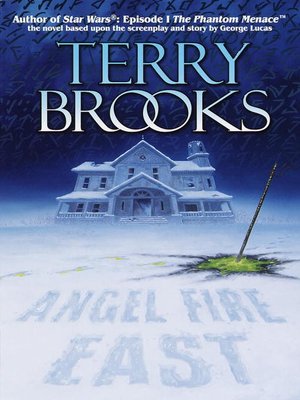 FantasyFictionThriller
"That is Brooks' way of casting spells—transporting his readers into plausible realms where sorcery is alive, whether those places are in other ages or right in the middle of our own. As a result, he's reaped more than a few magical moments . . ."—Seattle Times
As a Knight of the Word, John Ross has struggled against the dark forces of the Void and his minions for twenty-five years. The grim future he dreams each night—a world reduced to blood and ashes—will come true, unless he can stop them now, in the present.
The birth of a gypsy morph, a rare and dangerous creature that could be an invaluable weapon in his fight against the Void, brings John Ross and Nest Freemark together again. Twice before, with the fate of the world hanging in the balance, the lives of Ross and Nest have intersected. Together, they have prevailed. But now they will face an ancient evil beyond anything they have ever encountered, a demon of ruthless intelligence and feral cunning. As a firestorm of evil erupts, threatening to consume lives and shatter dreams, they have but a single chance to solve the mystery of the Gypsy morph—and their own profound connection.
"Superior to most of the fantasy fiction being published today."—Rocky Mountain News
FantasyFictionThriller

More about Terry Brooks
Angel Fire East
Copy and paste the code into your website.
New here? Learn how to read digital books for free