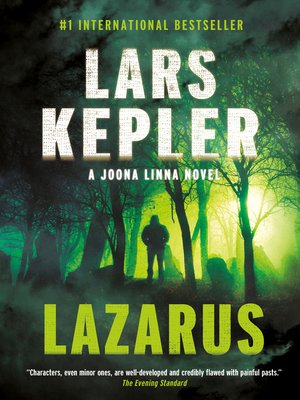 View more libraries...
INTERNATIONAL BESTSELLER
14 MILLION COPIES SOLD WORLDWIDE
The seventh gripping thriller in Lars Kepler's bestselling series featuring Joona Linna.
Sweden's most notorious serial killer, Jurek Walter, was shot and killed years ago. The police moved on and managed to forget the darkness that had tainted their lives.
Now, a mysterious killer is brutally murdering Europe's most loathsome criminals. When police discover that two of the victims have connections to Detective Joona Linna, it's clear that somebody is trying to send him a message. As the body count rises, the evidence seems to point to a ghost from Joona's past . . . the most terrifying villain he's ever had to face.
Joona is convinced that his worst nightmare is about to become a reality: Jurek Walter, the man who tore apart his family, has returned to finish the job.