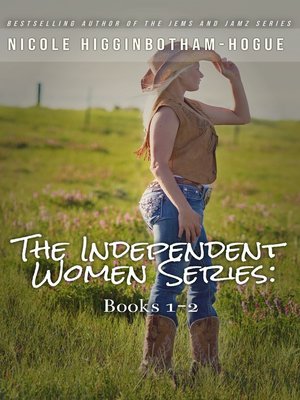 After breaking up with her long-term girlfriend, Jai decides to take a break from life and work on a friend of the family's farm. While learning to appreciate herself and the things that she loves again, Jai meets one of the farm help, Sam. She and Sam grow close quickly, but Jai soon finds out that Sam is hiding dark secrets about her past. Will Jai figure out who this woman really is before she falls in love with her, or will it be too late?

When Special Agent Keir Ortega busts Tartino and his gang for drug trafficking and selling weapons to the American Black Market, she thinks that she can rest her mind of the case. However, after finding out that New York's Ronnie Giorgio might be an extension of this criminal activity, Keir is assigned to search the streets of New York to find the new ringleader in this crime. She is led to the theatre district, where she meets Gina, a woman that always seems to be at the wrong place at the wrong time. This woman might be the key to busting the drug chain that is thriving along the New York Harbor, but who is she? And can she be trusted? As Keir learns more about the woman, she starts to feel something that she hasn't felt before. Gina is captivating, entrancing and Keir's weakness. Will Keir be able to solve the case before her heart gives in to this vixen's subtle charm, or will Gina be her destruction?