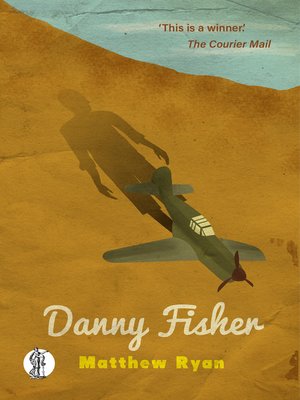 The air is thick and wet and the sun burns your skin like it hates your guts ... It's 1942 and I'm fourteen, which means I face two obstacles on a daily basis. One: Entire countries that want to kill me. And two: The Cricket Boys on Mulvany Street.

When his beloved brother Frank is killed in the bombing of Darwin, Danny's family is ripped apart. Ignored by grieving parents, the awkward Danny is left to fend for himself, and to try to fill the shoes left behind. Thrust headlong into the threat of war and the hope of love, Danny, like his city, is growing up fast.

Aided by his potty-mouthed best-friend Patty, Danny meets an American serviceman identical to Danny's lost brother. But when the American begins teaching him how to fly, Danny comes up with a dangerous plan to prove his own worth.

Ripe with emotional resonance and heart-breaking comedy, Danny Fisher is a celebration of a childhood and a city—and a requiem for all that was lost.