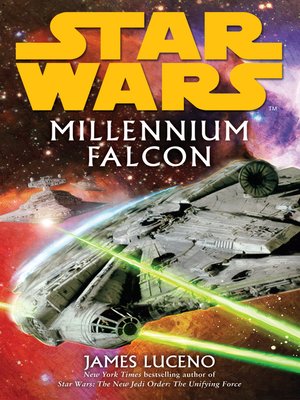 In an exciting, action-packed adventure spanning the time from The Phantom Menace to the end of the Legacy of the Force series, Han and Leia go an adventure to search for clues to the Millennium Falcon's past...and a possible treasure!

Shortly after the events of the Legacy of the Force series, Han and Leia encounter something hidden on the Millennium Falcon that dates back to the years before Han won the ship from Lando Calrissian in a game of Sabaac. In an effort to unravel the mystery, they follow the clues of the Millennium Falcon's history back to its very construction, and discover an elaborate -- and failed -- plot to overthrow the Emperor.