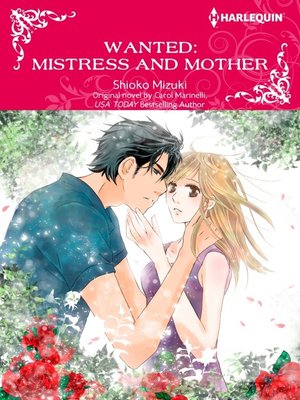 His mercurial moods make it impossible for Matilda to know where she stands with her handsome client.Cruel and notorious lawyer Dante trashed Matilda's garden design, saying it was a waste of time and money. She hopes to never see him again, but then he becomes her next client. His wants her to create a healing flower garden for his daughter, who lost her mother in an accident. Matilda took him up on his offer because she was inspired by his deep love for his daughter. But now she's going to have to live in his house for two whole weeks!

Wanted: Mistress And Mother
Copy and paste the code into your website.
New here? Learn how to read digital books for free