Sold for the Greek's Heir 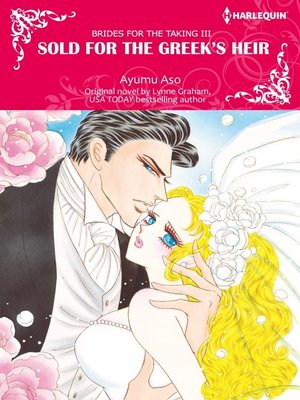 The multimillionaire once cast her off, but now he wants to marry her! At the hotel where Lucy works as a waitress, she's been asked to handle refreshments for a business meeting. When so many bodyguards appear, though, she wonders just who could be coming! The person who appears brings her heart to a standstill. It's Jax, the multimillionaire who cast her aside two years ago as if she were a dirty rag. She's a bundle of nerves, but he shows no sign of wanting to see her. Feeling foolish, Lucy realizes she shouldn't have expected anything from him. Once the meeting wraps up, Jax calls for her, but she has something she must tell him...about the life they brought into the world!