In the Reign of Good Queen Dick 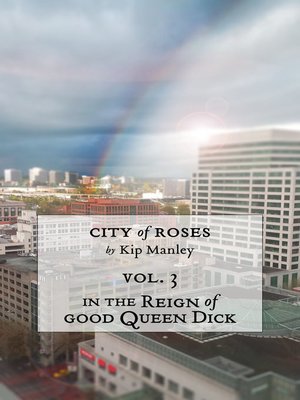 Ysabel rules the City of Roses with her brother, Lymond, the King, and Jo Maguire, formerly a telemarketer, is now the Duchess of Southeast—but happily ever after doesn't go as far as it used to. New peers have been raised up, and new factions vie to bring them down, from disgruntled knights to shadowy government operatives, from Lake Barons over the hills to Gloria Monday's art commune, and from enemies out of the past to apocalyptic nightmares of the future, drowned and forgotten. Can they possibly live up to the responsibility that power demands?

Collecting chapters 23 – 33 of the critically acclaimed fantasy serial, continuing the story begun in vol. 1, "Wake up...", and vol. 2, The Dazzle of Day.

Fantasy Fiction
In the Reign of Good Queen Dick
New here? Learn how to read digital books for free