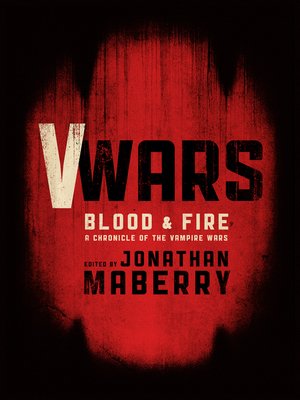 It's been one year since a virus triggered junk DNA and people all over the world started changing. Becoming something else. Craving blood. It's been ten months since the word 'vampire' stopped being something from old monster stories and Hollywood movies. It's been six months since our world and theirs erupted into war. It's been two months since an uneasy peace was signed. It's been one hour since that peace was shattered. The war is here again. The vampire war. Our world will burn. Our world will bleed! When anyone can turn, when every street is a battlefield, there is nowhere to run! V-Wars: Blood and Fire is edited and co-written by New York Times bestselling author Jonathan Maberry and features all new stories of the Vampire Wars by Kevin J. Anderson, Scott Sigler, Larry Corriea, Joe McKinney, Nancy Holder, Yvonne Navarro, Weston Ochse and James A. Moore.

V-Wars: Blood and Fire
Copy and paste the code into your website.
New here? Learn how to read digital books for free