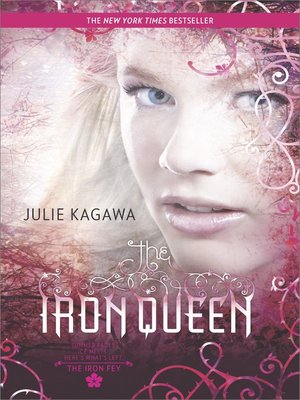 View more libraries...
From the limitless imagination of New York Times and USA Today bestselling author Julie Kagawa, return to the world of The Iron Fey.
In less than twenty-four hours I'll be seventeen.
Although, technically, I won't actually be turning seventeen. I've been in the Nevernever too long. When you're in Faery, you don't age. So while a year has passed in the real world, agewise I'm probably only a few days older than when I went in.
In real life, I've changed so much I don't even recognize myself.
MY NAME IS MEGHAN CHASE.
I thought it was over. That my time with the fey, the impossible choices I had to make, the sacrifices of those I loved, was behind me. But a storm is approaching, an army of Iron fey that will drag me back, kicking and screaming. Drag me away from the banished prince who's sworn to stand by my side. Drag me into the core of conflict so powerful, I'm not sure anyone can survive it.
THIS TIME, THERE WILL BE NO TURNING BACK.
Don't miss the first book in Julie Kagawa's highly anticipated new series, SHADOW OF THE FOX, AVAILABLE OCTOBER 2, 2018
"Julie Kagawa is one killer storyteller."
—MTV's Hollywood Crush blog
"The Iron King has the...enchantment, imagination and adventure of... Alice in Wonderland, Narnia and The Lord of the Rings, but with lots more romance."
—Justine magazine

"A full five-stars to Julie Kagawa's The Iron Daughter. If you love action, romance and watching how characters mature through heart-wrenching trials, you will love this story as much as I do."
—Mundie Moms blog