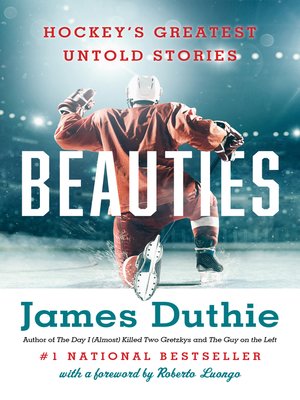 Essential reading for every fan, Beauties is a collection of the best stories that players tell each other. Grab a seat with TSN's James Duthie as hockey's finest relive highs, lows and hilarious moments on and off the ice from superstars, journeymen, coaches, referees, broadcasters, agents, and hockey moms and dads. In Beauties, you'll find out:

· How Sidney Crosby's most unusual nickname came to be

· About the night that Hayley Wickenheiser went blind