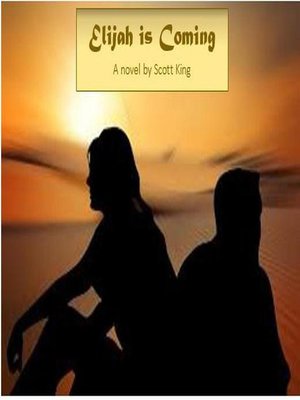 ELIJAH IS COMING, finds the Israeli Mossad looking to bring in some exceptional young kids into their secret service. After many months of searching, they find an orphan boy of fifteen named Elijah. His parents killed by a terrorist bomb, and his sister murdered by her jealous boyfriend, Eli seems destined to danger. After a year of training with Israel's best officers, Elijah is activated. He soon finds his new life taking him from Jordan to Australia, across deserts and seas, confronting kings to terrorists, and giants to simple men. And with the instincts and cunning of some of our greatest legendary warriors, he solves and completes his missions. Of course, somewhere along the way he meets the girl of his dreams. The only problem is, she was trained to kill him.

Elijah is Coming is an action packed, thought provoking story. Rumors are that most of the book is based on real events.