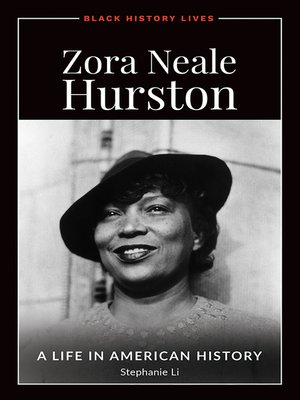 In this biography, chronological chapters follow Zora Neale Hurston's family, upbringing, education, influences, and of course, her major works, and place these experiences within the context of American history.

This biography of Zora Neale Hurston, one of the most influential African American writers of the 20th century and a central figure in the Harlem Renaissance, is primarily for students and will cover all of the major points of development in Hurston's life as well as her major publications.

Hurston's impact extends beyond the literary world: she also left her mark as an anthropologist whose ethnographic work portrays the racial struggles during the early 20th century American South. This work includes a preface and narrative chapters that explore Hurston's literary influences and the personal relationships that were most formative to her life; the final chapter, "Why Zora Neale Hurston Matters," explores her cultural and historical significance, providing context to her writings and allowing readers a greater understanding of Hurston's life while critically examining her major writing.