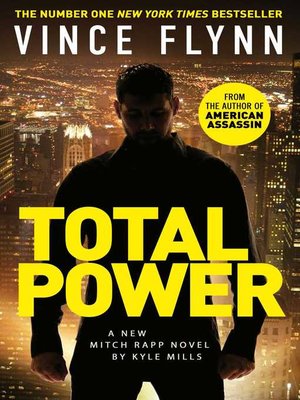 View more libraries...
In the latest compulsive thriller in the New York Times bestselling Mitch Rapp series, when terrorists take out the entire US power grid, it's a race against the clock to prevent chaos.
'Suspenseful, strikingly original' Publishers Weekly
'Proves once again that the Mitch Rapp series is "the best in the world when it comes to special ops"' Booklist
Captured by Mitch Rapp, ISIS's top technology expert reveals that he was about to meet a man who could bring down America's power grid. When the CIA trap to eliminate this man fails, ISIS operatives help the cyber terrorist do what he said he would – plunge the country into darkness. With no concept of how this unprecedented act was accomplished, the task of getting the power back on could take months, or even years. Computers and phone networks are down, petrol pumps are inoperable, even water systems and food supplies are struggling.
With resources suddenly gone and America on the brink of collapse, Rapp and his team embark on a mission to find the only people who can repair the damage – the ones who caused it. But this is unlike anything he's experienced before and time is running out . . .
Can Rapp get the lights back on before it's too late?
Praise for the Mitch Rapp series
'Sizzles with inside information and CIA secrets' Dan Brown
'A cracking, uncompromising yarn that literally takes no prisoners' The Times
'Vince Flynn clearly has one eye on Lee Child's action thriller throne with this twist-laden story. . . instantly gripping' Shortlist
'Action-packed, in-your-face, adrenalin-pumped super-hero macho escapist fiction that does exactly what it says on the label' Irish Independent
'Mitch Rapp is a great character who always leaves the bad guys either very sorry for themselves or very dead' Guardian
'Outstanding . . . Mills is writing at the top of his game' Publishers Weekly