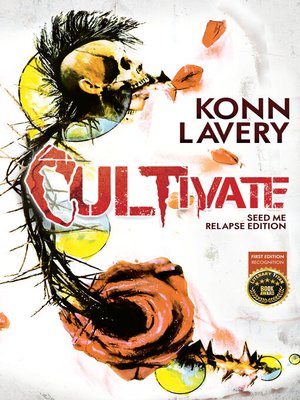 A drunken dumpster make-out session leads to the occult if you're not careful . . .

WARNING: DO NOT CONSUME. At least that is Logan Cook's message after an unfortunate visit to the farmers' market. He's an unemployed, former druggie who finds himself wrapped up in a cult's sinister plan, all rooting from one unfortunate meeting with a pale goth girl at the back of a bar.

His infatuation with these mysterious cloaked people blooms when he connects the dots leading back to the infamous 4-20 Drain Case, where his ex-girlfriend was murdered. Poor Logan never did recover from that incident.

Who are these people? Are they really connected to his ex-girlfriend's death? Logan's life is on a timer. He's best to find some answers.

Praise for the first edition of Seed Me:

"Konn Lavery has obvious talent, and his Seed Me book belongs on the shelf next to King and Koontz. Great creep factor, awesome pace, refreshing bad guys, and the ability to stay with you after you're done. Do Consume Seed Me."
★★★★★ scifiandscary.com

"This gives Lavery his own edge in the industry and a new voice that could make people think differently about storylines."
★★★★ Renee Spicuzza, Goodreads Reviewer

"While the theme has a lot of Pagan and Vampirism traits, this is a unique twist and its own direction. An engaging read that will draw you in and connect you to the characters."
★★★★★ Literary Titan