One Night That Changes Everything 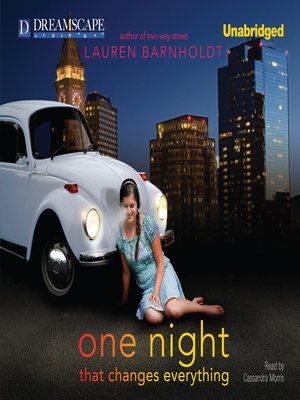 Eliza is in a full-blown panic. Her notebook has been stolen - the one that lists everything she wants but is afraid to go after. And the absolute worst person in the world has it: her ex-boyfriend, Cooper. Like it's not enough Cooper was lying to Eliza for their entire relationship, now he and his friends are blackmailing her; giving her just one night to complete the most humiliating tasks on her list or they'll post her secrets online. Eliza's sure of one thing: she isn't going down without a fight. Cooper may have what's left of her dignity, but she's not the only one with something to hide. A hilarious and sweet teen novel by Lauren Barnholdt, the author of Two-Way Street.

Romance Young Adult Fiction
One Night That Changes Everything