The Heart of the Matter 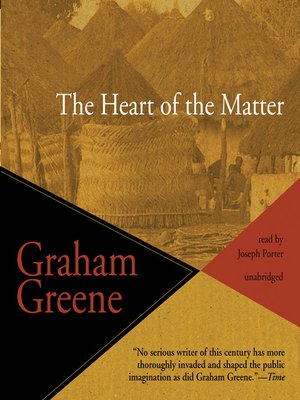 In this widely acclaimed modern classic, Graham Greene delves deep into character to tell the dramatic, suspenseful story of a good man's conflict between passion and faith.

A police commissioner in a British-governed, war-torn West African state, Scobie is bound by the strictest integrity and sense of duty both for his colonial responsibilities and for his wife, whom he deeply pities but no longer loves. Passed over for a promotion, he is forced to borrow money in order to send his despairing wife away on a holiday. When in her absence he develops a passion for a young widow, the scrupulously honest Catholic finds himself giving way to deceit and dishonor. Enmeshed in love and intrigue, he will betray everything he believes in, with tragic consequences.

The Heart of the Matter is one of Graham Greene's most enduring and tragic novels.