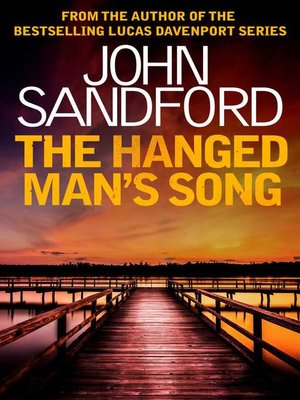 View more libraries...
**Don't miss John Sandford's brand-new thriller Ocean Prey – out now**
The ultimate con game thriller from the internationally bestselling master of suspense, John Sandford
A super-hacker friend of Kidd's named Bobby suddenly disappears from cyberspace, and Kidd - artist, computer ace and professional criminal - knows that isn't a good sign. Going over to his house, he finds Bobby dead on the floor, his head bashed in and his laptop missing.
The secrets on that laptop are potent enough to hang Kidd and everybody else in Bobby's circle - just to start with. But before Kidd and his partner LuEllen can get very far in their attempts to track the laptop down, the secrets start coming out anyway - and they're much more staggering than even Kidd imagined. Because it's not just about the lives of a circle of friends and colleagues now - it's about something much, much bigger. And much, much more terrifying . . .
***Praise for John Sandford***
'One of the great novelists of all time' Stephen King

'Crime writer John Sandford is one of the best around' Sun