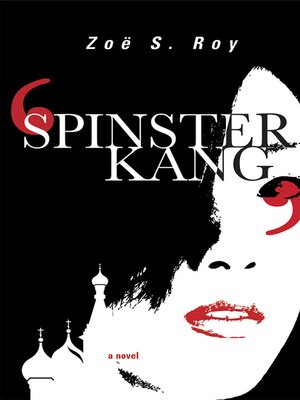 Thirty-two-year-old Kang is a new immigrant in Toronto. Having an older sister who was raped and suffers from the ensuing stigma in China, Kang is determined to remain a spinster, which has its own stigma in China, and she struggles with her fear and distrust of men. But Kang's story is not a hard luck story. She is an intelligent woman and a successful immigrant. Kang deals with the perplexities of a different culture by maintaining a sense of curiosity, an enjoyment of learning about the new culture, and by finding humour rather than the humiliation that so often characterizes descriptions of immigrant experience. Kang rooms with Tania, a Russian immigrant, and learns that many years earlier, Tanya was in love with a Chinese medical student at Moscow University who was abruptly returned to China for having had a relationship with her. Kang's own father once studied at that university but has never talked about it since he was forced to leave Moscow and then was labelled as a rightist during the Chinese Anti-Rightist Campaign. Since then her father has been dispatched to work and live in Kunming, a city far away from Beijing. Could the paths of her father and Tania have ever crossed? Curious about her father's past, Kang decides to pay a visit to Moscow, accompanied by Brian, Tania's nephew, a charming engineer who wants to explore his Russian Jewish roots. Spending time with Brian helps Kang to see how much her sister's tragedy has shadowed her life. When Brian suddenly shows symptoms of schizophrenia, Kang must decide whether to throw her spinster's hat away or end her relationship with Brian.