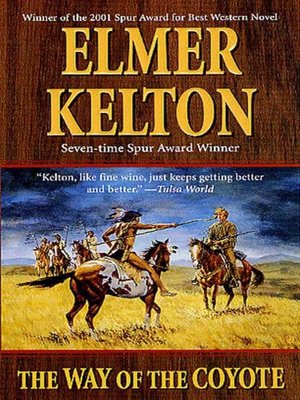 The Way of the Coyote

The Civil War has ended, and Union soldiers and federal officials have taken control of Texas as Rusty Shannon rides to his home on the Colorado River. As a child he was a captive of the Comanche, as a young man a proud member of a ranging company protecting settlers from Indian raids. Shannon's fate is intertwined with the young man accompanying him: Andy Pickard, himself but recently rescued from Comanche captivity and known by his captors as Badger Boy. Texas is in turmoil, overrun with murderous outlaws, lawmen exacting penalties from suspected former Confederates, nightriders, and the ever-dangerous Comanche bands. In this tempestuous time and place, Rusty tries desperately to resume his prewar life. His friend Shanty, a freed slave, is burned out of his home by the Ku Klux Klan; his own homestead is confiscated by his special nemesis, the murderous Oldham brothers; and the son of a girl he once loved is kidnapped by Comanches. Elmer Kelton, a master of novelist of the American West, literature, has crafted a satisfying and remarkably accurate tale of Texas life at the end of the Civil War.

Elmer Kelton, most honored of all Western writers, writes of the formative years of the Texas Rangers with the knowledge of a native Texan and the skill of a master storyteller. In Rusty Shannon, tough and smart—necessary survival attributes on the 1860s Texas frontier—Kelton has created one of the most memorable characters in modern Western fiction.

More about Elmer Kelton
The Way of the Coyote
Copy and paste the code into your website.
New here? Learn how to read digital books for free