The Rest Is Noise 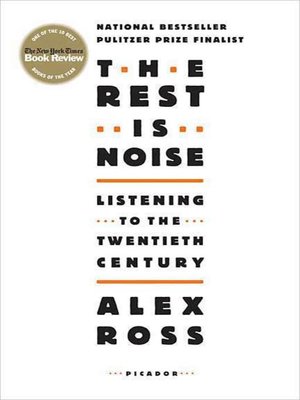 Winner of the 2007 National Book Critics Circle Award for Criticism
A New York Times Book Review Top Ten Book of the Year
Time magazine Top Ten Nonfiction Book of 2007
Newsweek Favorite Books of 2007
A Washington Post Book World Best Book of 2007
In this sweeping and dramatic narrative, Alex Ross, music critic for The New Yorker, weaves together the histories of the twentieth century and its music, from Vienna before the First World War to Paris in the twenties; from Hitler's Germany and Stalin's Russia to downtown New York in the sixties and seventies up to the present. Taking readers into the labyrinth of modern style, Ross draws revelatory connections between the century's most influential composers and the wider culture. The Rest Is Noise is an astonishing history of the twentieth century as told through its music.