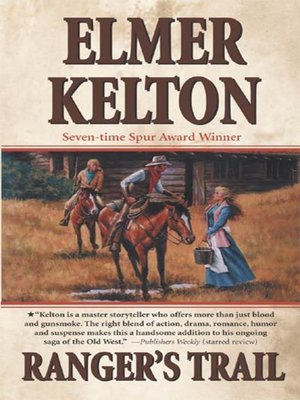 In the spring of 1874 the Ranger companies that protect settlers against Indian raids and outlaw bands are being reorganized and David "Rusty" Shannon is the most sought-after veteran for reenlistment.

But Shannon has new goals for his life: He is in love with Josie Monahan, daughter of the family that adopted him, and he intends to marry Josie and take her to his farm on the Colorado River. Rusty also feels affection and responsibility for Andy Pickard, a headstrong teenager he rescued from captivity among the Comanche—just as Rusty himself was rescued as a red-haired boy decades before.

Then an unspeakable tragedy—the murder of his beloved Josie—changes Rusty's plans for a quiet farmer's life and alters his peace-loving character. Bent on revenge, he relentlessly trails Corey Bascom, son of an outlaw family and the man Rusty believes is Josie's killer.
But the trail Rusty is following may be leading him to the wrong man.

Set in the tumultuous Reconstruction period of Texas history, Ranger's Trail continues Elmer Kelton's chronicles of the origins of the renowned Texas Rangers, told as fiction but historically accurate in every detail and written by a favorite son of Texas.

More about Elmer Kelton
Ranger's Trail
Copy and paste the code into your website.
New here? Learn how to read digital books for free