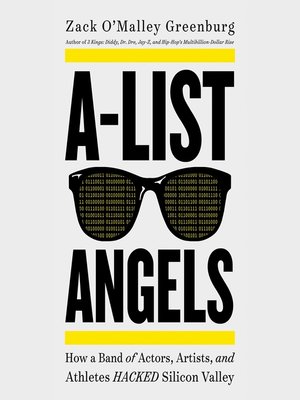 How a Band of Actors, Artists, and Athletes Hacked Silicon Valley

Biography & AutobiographyBusinessFinanceNonfiction
Combining high-octane storytelling with landmark financial reporting in the tradition of Michael Lewis, Forbes senior editor Zack O'Malley Greenburg gives us the transformative account of how Hollywood cashed in on the latest tech boom-and changed the face of Silicon Valley. Superstars from Ashton Kutcher to Beyoncé are turning fame into bankable capital by replacing traditional endorsement deals with stakes in today's top startups long before they're sold for billions or go public. Ushered in by 50 Cent's deal with Vitaminwater, celebrities of all different backgrounds have learned to capitalize on the invaluable benefits of their platform and visibility. Through exclusive interviews with over 100 founders, funders, and stars-Shaq, Nas, Sophia Bush, Steve Aoki, Tony Gonzalez, and many more-Greenburg offers an up-close look at the rise of celebrity investors and their impact on companies including Airbnb, Spotify, and Uber. A-List Angels is a book about business that reads like a thriller-entertaining, edifying, and not to be missed.
Biography & AutobiographyBusinessFinanceNonfiction

Zack O'Malley Greenburg is the senior editor of media & entertainment at Forbes and the author of 3 Kings, Empire State of Mind, and Michael Jackson, Inc. His work has also appeared in the Washington Post, Billboard, Vibe, McSweeny's, and Sports I...

More about Zack O'Malley Greenburg
A-List Angels
Copy and paste the code into your website.
New here? Learn how to read digital books for free