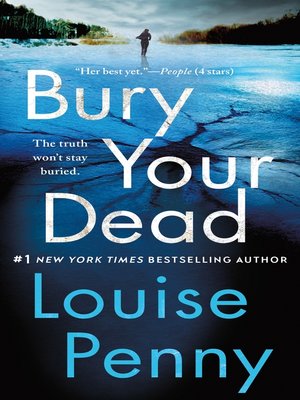 Bury Your Dead is a novel about life and death—and all the mystery that remains—from #1 New York Times bestselling author Louise Penny
Chief Inspector Armand Gamache is on break from duty in Three Pines to attend the famed Winter Carnival up north. He has arrived in this beautiful, freezing city not to join the revels but to recover from an investigation gone hauntingly wrong. Still, violent death is inescapable—even here, in the apparent sanctuary of the Literary and Historical Society, where one obsessive academic's quest for answers will lead Gamache down a dark path. . .
Meanwhile, Gamache is receiving disturbing news from his hometown village. Beloved bistro owner Olivier was recently convicted of murder but everyone—including Gamache—believes that he is innocent. Who is behind this sinister plot? Now it's up to Gamache to solve this killer case. . .and relive a terrible event from his own past before he can begin to bury his dead.
"Few writers in any genre can match Penny's ability to combine heartbreak and hope."—Publishers Weekly (starred review)