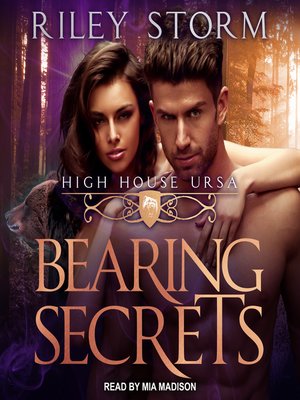 FantasyFictionLiteratureRomance
The last thing Natalia Kristoff expected was that her friend's wild dream to find her a fake husband for a Green Card would have any sort of success. Yet here she is, sitting in a private booth, listening to the sexiest man she's ever seen lay out the details of just what he needs from her. Stand at his side, pretend she's madly in love with him, all to satisfy some crazy family tradition? Kirell Ursa has a problem. His bear shifter family is in shambles, struck from within by traitors. With no one in charge of security, the head of his House has nominated him for the job. The only problem? Tradition dictates that anyone in power must have a mate. If he's going to pull off this scheme, he must find a mate in the next seventy-two hours. Someone. Anyone. All they have to do is pretend to love him for a few days. Things get off to a rocky start between the two when their first date is interrupted by Kirell's enemies. As he slowly exposes Natalia to the truth, she's forced to come to grips with the existence of another world, one she never thought existed. Contains mature themes.
FantasyFictionLiteratureRomance

More about Riley Storm
Bearing Secrets
Copy and paste the code into your website.
New here? Learn how to read digital books for free