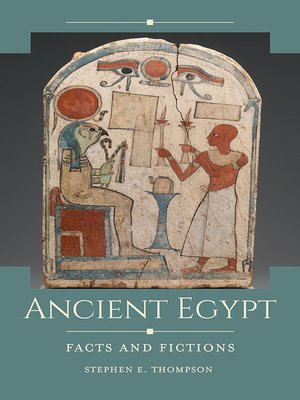 Comprising a unique collection of primary sources, this book critically examines several topics relating to ancient Egypt that are of high interest to readers but about which misconceptions abound.

With its pyramids, mummies, and sphinxes, ancient Egypt has fascinated us for centuries. It has been the setting of many films and novels, figuring prominently in popular culture. Much of what the average reader believes about this civilization, however, is mistaken. Through a unique collection of primary source documents, this book critically examines several topics related to ancient Egypt and about which misconceptions abound.

Primary sources, many in new translations by the author, are drawn from ancient Egyptian, classical Greek and Roman, Muslim, early Christian, and modern European documents. These sources shed light on popular misconceptions. Such topics include the divinity of the pharaoh, the role of animals in ancient Egyptian religion, the purpose of the Egyptian pyramids, the use of slave labor, the Egyptian hieroglyphic writing system, the role of Cleopatra in the defeat of Marc Antony and the fall of the Roman Republic, and the influence of Egyptian religion on the development of early Christianity. By studying these documents, users will be able to develop their skills interpreting and evaluating primary sources.