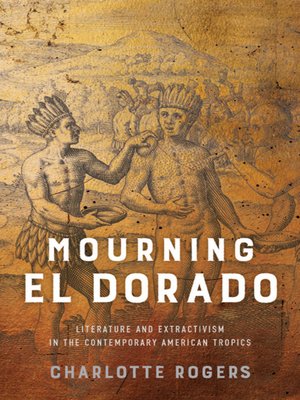 What ever happened to the legend of El Dorado, the tale of the mythical city of gold lost in the Amazon jungle? Charlotte Rogers argues that El Dorado has not been forgotten and still inspires the reckless pursuit of illusory wealth. The search for gold in South America during the colonial period inaugurated the "promise of El Dorado"—the belief that wealth and happiness can be found in the tropical forests of the Americas. That assumption has endured over the course of centuries, still evident in the various modes of natural resource extraction, such as oil drilling and mining, that characterize the region today.

Mourning El Dorado looks at how fiction from the American tropics written since 1950 engages with the promise of El Dorado in the age of the Anthropocene. Just as the golden kingdom was never found, natural resource extraction has not produced wealth and happiness for the peoples of the tropics. While extractivism enriches a few outsiders, it results in environmental degradation and the subjugation, displacement, and forced assimilation of native peoples. This book considers how the fiction of five writers—Alejo Carpentier, Wilson Harris, Mario Vargas Llosa, Álvaro Mutis, and Milton Hatoum—criticizes extractive practices and mourns the lost illusion of the forest as a place of wealth and happiness.

Mourning El Dorado
Copy and paste the code into your website.
New here? Learn how to read digital books for free