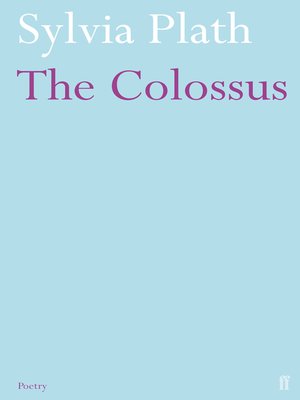 Originally published in 1960, The Colossus was the only volume of Sylvia Plath's poetry published before her death in 1963. Showing a scholarly dedication to the craft, the poems in this collection are brimming with originality and the startling imagery that would later confirm her status as one of the most important poets of the twentieth century.
'On every page, a poet is serving notice that she has earned her credentials and knows her trade.' Seamus Heaney
'She steers clear of feminine charm, deliciousness, gentility, supersensitivity and the act of being a poetess. She simply writes good poetry. And she does so with a seriousness that demands only that she be judged equally seriously . . . There is an admirable no-nonsense air about this; the language is bare but vivid and precise, with a concentration that implies a good deal of disturbance with proportionately little fuss.' A. Alvarez in the Observer