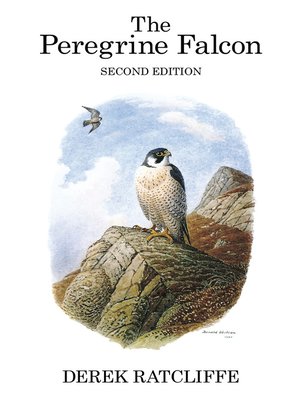 NatureScienceNonfiction
The first edition of The Peregrine Falcon was widely recognised as a classic of its kind, documenting not only the species' biology but also the sad tale of its decline due to the impact of pesticides. This extensively revised and enlarged second edition takes full account of important new developments in the story of this bird during the intervening 12 years. It reports one of the few notable successes in wildlife conservation: the full restoration of British and Irish Peregrine populations, and their appreciable recovery in other countries where numbers had also been greatly reduced by the impact of organochlorine pesticides. The pattern of increase in Britain has been extremely varied, from districts where numbers are now far higher than at any time in recorded history, to others where the bird is now at its lowest ebb. The examination of the reasons for these differences helps us to understand the most recent developments in the Peregrine saga. Particular attention has been paid to the recent major advances in our knowledge of Peregrine biology, such as its movements, population turnover, food and nesting habits. Many of the tables and figures have been revised and brought up to date so that this volume, like its predecessor, is once again by far the most detailed and readable reference on this most evocative of birds. Donald Watson's colour paintings, monochrome washes and line drawings, and the original photographs, illustrate the book as before. Cover illustration by Donald Watson
NatureScienceNonfiction

Derek Ratcliffe grew up in Carlisle and began watching Ravens in the Lake- land fells while still a schoolboy. He later explored the Southern Uplands, Snowdonia and the Highlands, and developed a particular enthusiasm for the wildlife of the mount...

More about Derek Ratcliffe
The Peregrine Falcon
Copy and paste the code into your website.
New here? Learn how to read digital books for free