The Prisoner of the Castle of Enlightenment 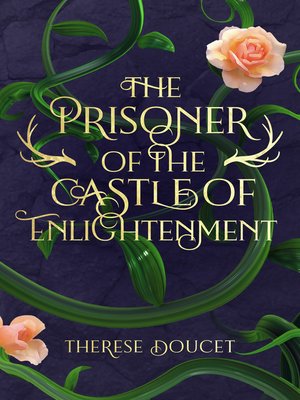 A lover in and of the darkness ...
Violaine, a devotee of books and learning, finds herself sold by her father to a mysterious nobleman to become his companion. Fearing herself at the mercy of a monster, Violaine instead succumbs to the seductive spell of her magical new home, and the love of a man she has never seen, who comes to her only in the darkness of night.

The Château de Boisaulne is a place of many mysteries, but also a refuge for children of the Enlightenment in a time when Europe still languishes under the repressive chains of monarchy and superstition. But modern thought meets ancient lore, as the castle borders the forest lair of the roi des aulnes, an ogre said to be the ancestor of Violaine's unseen lover...or are they one and the same?

"At the center of Therese Doucet's enchanting debut novel is a library teeming with rare and unusual volumes. The Prisoner of the Castle of Enlightenment feels like a book pulled from its shelves, a heady mix of historical fiction, fairy tale, philosophy, demonology, and romance. Call it baroquepunk—a fantasy of the French Enlightenment with a libertine edge and a goth heartbeat." — Jeff Jackson, author of Destroy All Monsters and Los Angeles Times Book Prize finalist