Between the Devil and the Deep

ebook ∣ A Memoir of Acting and Reacting 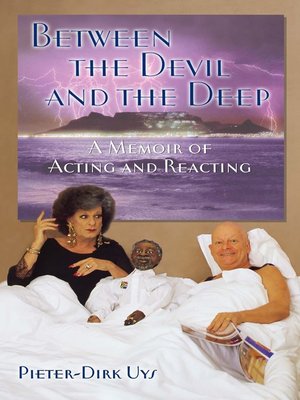 "Adapt or die!" PW Botha spat out at us from the television news. And so the new show was called Adapt or Dye.'

The comedy of Pieter-Dirk Uys has been with us for as long as we can remember. In this funny, witty and poignant memoir, he takes us on a journey through his life in the theatre - and the theatre in his life. We follow him from his early years as a stage manager and actor at The Space Theatre, via his ridiculous brushes with censorship, to the political satires that made him famous.

Uys explains how his alter ego, Evita Bezuidenhout, came into being, as well as the other members of her extraordinary family. He takes us onto the film shoot of Skating on Thin Uys, into an interview with Nelson Mandela, and onto the stages of the world. We journey from the fictitious fun of Bapetikosweti, to the seriousness of his AIDS-awareness presentations at schools, to the quirky comfort of Evita se Perron in Darling.

Illustrated with scenes from his plays and revues, the book will leave you feeling as if you've just seen a Pieter-Dirk Uys show: with lots of laughter, a bit of anger, and utter amazement at how this man (or woman) just keeps doing it.

Biography & Autobiography Nonfiction
Between the Devil and the Deep