ebook ∣ The War the World Didn't Want to Remember, Fought by the Men the World Will Never Forget 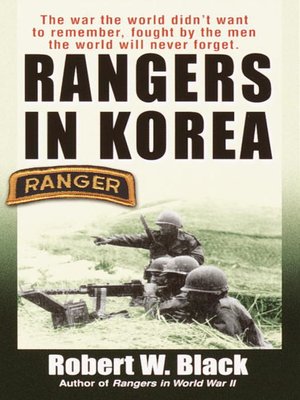 View more libraries...
A generation before Vietnam, the war for Korea raged. It was as rough and dirty a war as has ever been fought—a war small in history, but very large to the men who waged it. . . .
In the Korean War, one group above all others distinguished itself, a small elite band who volunteered for action behind enemy lines. They were the men of the U. S. Army's legendary Rangers. They succeeded in making the first combat jump in Ranger history, destroying enemy headquarters, and inflicting the first defeat on Communist Chinese forces while suffering a disproportionate number of casualties.
This is their story, told here for the first time—based on military records, interviews with survivors, and the author's personal experiences as an American Ranger in the Korean War.