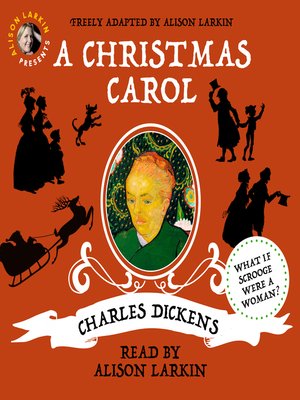 Following her recent adaptation of Great Expectations, bestselling novelist and award-winning audiobook narrator Alison Larkin changes the gender of Scrooge in this exciting new recording of A Christmas Carol. It's the same beloved Christmas story, only one thing has changed. In this version, Scrooge is a woman. Everything else, though, is pure Dickens. So, the characters around Scrooge behave as if it were quite normal for a woman to learn to read and write, fall in love with and reject a woman and have the kind of career only men could dream of in 1843. It's an irresistible question. If gender had been simply irrelevant in the 19th century where would we all be now?

Alison Larkin Presents: A Christmas Carol
Copy and paste the code into your website.
New here? Learn how to read digital books for free