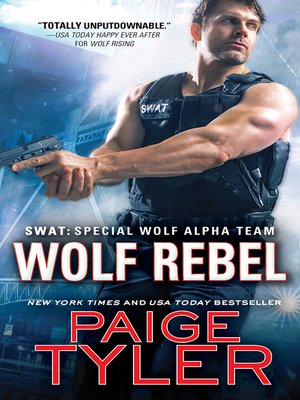 Knox Lawson thought his life had suddenly become a bizarre alpha wolf movie when he started sprouting fangs and claws, and he only knows one person who can help explain what's happening...

SWAT werewolf Rachel Bennett has been hounded by nightmares since a vicious attack left her with PTSD. Not knowing who or what she can trust anymore, she's relieved to be assigned to a high-profile protective detail. Diving into work might be the distraction she needs, until she notices the mysterious hunk who seems to follow her wherever she goes—and recognizes him.

After he's badly injured, former Navy SEAL Knox Lawson seeks out Rachel when he realizes he's turning into a werewolf. He'd once been part of the group hunting her kind, but he knew he had to quit when he found Rachel in his crosshairs. Now he desperately needs her help.

Rachel isn't sure she trusts Knox, but having him around keeps the nightmares—and the monster creating them—away. Knox might not know much about being a werewolf, but there's no doubt he'll do everything in his power to win her trust and keep her safe.

Fans of nonstop action, scorching romance, alpha wolf shifters who protect their own, and courageous women who don't back down from danger will not want to miss the SWAT series from bestselling author Paige Tyler!