Book of the Little Axe 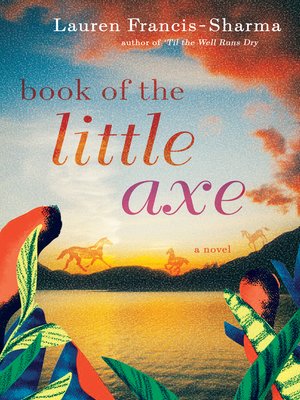 View more libraries...
This "masterful epic" spans decades and oceans from Trinidad to the American frontier during the tumultuous days of westward expansion (Publishers Weekly).
Trinidad, 1796. Young Rosa Rendón quietly rebels against the life others expect her to lead. Bright, competitive, and opinionated, she does not intend to cook and keep house, for it is obvious her talents lie in running the farm she views as her birthright. But when her homeland changes from Spanish to British rule, the fate of free black property owners—Rosa's family among them—is suddenly jeopardized.
By 1830, Rosa is living among the Crow Nation in Bighorn, Montana, with her children and her husband, Edward Rose, a Crow chief. Her son Victor is of the age where he must seek his vision and become a man. But his path forward is blocked by secrets Rosa has kept from him. So Rosa must take him to where his story began and, in turn, retrace her own roots. Along the way, she must acknowledge the painful events that forced her from the middle of an ocean to the rugged terrain of a far-away land.
A Booklist Editor's Choice Book of the Year