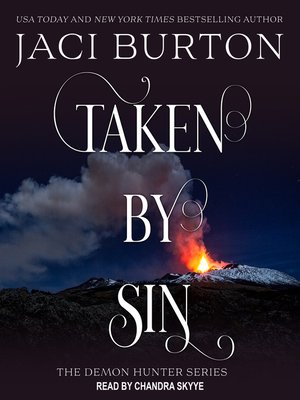 FantasyFictionLiteratureRomance
Dalton has taken on an impossible mission, one that could cost him both his career and his life. But Isabelle needs his help, and he'll do anything to keep her safe. Still, hiding her out is one thing. Banishing the demon inside of her is another, especially when the vulnerable, hot as hell woman brings out the devilish side of him. Isabelle feels the passion seething inside of Dalton and craves it. But she still isn't sure whether Dalton is her enemy or savior. All she knows is that every time she looks at him she wants him-all of him, the consequences be damned. But both demons and demon hunters want Isabelle dead, and that means they're in big trouble. And as their pursuers close in, Dalton has to make a choice-will he sacrifice the woman he loves, or make the ultimate sacrifice in the name of love? Contains mature themes.
FantasyFictionLiteratureRomance

Jaci Burton is the New York Times and USA Today bestselling, award-winning author of over seventy books, including the Play-by-Play series and the Hope series. She was awarded the RT Book Reviews Career Achievement Award in 2012. Jaci lives in Okl...

More about Jaci Burton
Taken by Sin
Copy and paste the code into your website.
New here? Learn how to read digital books for free