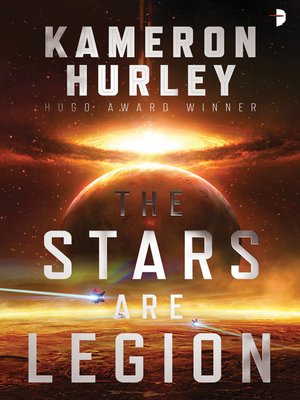 The Stars Are Legion

FictionScience Fiction
Somewhere on the outer rim of the universe, a mass of decaying world-ships known as the Legion is traveling in the seams between the stars. For generations, a war for control of the Legion has been waged, with no clear resolution. As worlds continue to die, a desperate plan is put into motion.
Zan wakes with no memory, prisoner of a people who say they are her family. She is told she is their salvation -Â­ the only person capable of boarding the Mokshi, a world-ship with the power to leave the Legion. But Zan's new family is not the only one desperate to gain control of the prized ship. Zan must choose sides in a genocidal campaign that will take her from the edges of the Legion's gravity well to the very belly of the world. Zan will soon learn that she carries the seeds of the Legion's destruction -Â­ and its possible salvation.
File Under: Science Fiction [ Armies in the Darkness | Over the Edge | Total Recall | She Is Legion ]
FictionScience Fiction

KAMERON HURLEY is an award-winning author, advertising copywriter and online scribe. She has won the Hugo Award, Kitschy Award, and Sydney J Bounds Award for Best Newcomer; she has also been a finalist for the Arthur C Clarke Award, Nebula Award, ...

More about Kameron Hurley
The Stars Are Legion
Copy and paste the code into your website.
New here? Learn how to read digital books for free