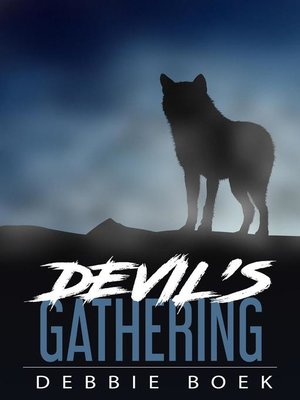 The Black Ghost Dog, Harbinger of Doom, is wreaking havoc at the annual Hunter's Gathering.

This third book in the Devereaux Chronicles involves more danger and intrigue than they've had to take on to date. The brothers know that there is always bound to be trouble when a large group of supernatural hunters get together for their annual Gathering, but they have no way of anticipating the extent of adversity waiting for them.

The Gathering is supposed to be a time to catch up with old friends and say good-bye to fallen comrades. But this year is different, with some of the attendees harboring an animosity which borders on hatred.

In addition, the mysterious black ghost dog has made an appearance. The creature has set its sights on several specific individuals, including Scott Devereaux. One by one, the hunters that see the black dog are having misfortune fall on them, whether through serious, sometimes deadly, accidents or obscure illnesses.

Emma and Tim find themselves racing against time to try and figure out who is controlling the hellhound, but even if they succeed, will they be able to stop the culprit before it's too late for Scott and the other hunters?