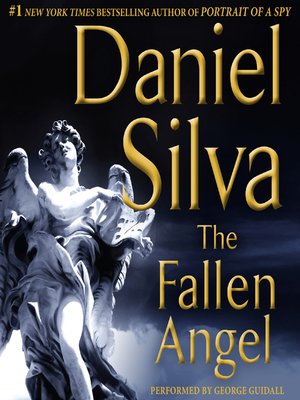 FictionSuspenseThriller
Gabriel Allon — art restorer, spy, and assassin — returns in a spellbinding new thriller from the #1 NEW YORK TIMES bestselling master of intrigue and suspense. When last we encountered Gabriel Allon in PORtRAIt OF A SPY, he was pitted in a blood-soaked duel with a deadly network of jihadist terrorists. Now, exposed and war-weary, he has returned to his beloved Rome to restore a Caravaggio masterpiece for the Vatican.But early one morning Gabriel is summoned by his friend and occasional ally Monsignor Luigi Donati, the all-powerful private secretary to the Pope. the broken body of a beautiful woman lies beneath Michelangelo's magnificent dome. Donati fears a public inquiry will inflict more wounds on an already-damaged Church so he calls upon Gabriel to use his matchless talents and experience to quietly pursue the truth - was it suicide, or something more sinister?Gabriel discovers that the woman revealed a dangerous secret that threatens powers beyond the Vatican. And an old enemy plots revenge in the shadows, an unthinkable act of sabotage that will plunge the world into a conflict of apocalyptic proportions. Once again Gabriel must return to the ranks of his old intelligence service - and place himself, and those he holds dear, on the razor's edge of danger.
FictionSuspenseThriller

Daniel Silva is the award-winning, #1 New York Times bestselling author of twenty-one novels, including The Black Widow and House of Spies.His books are critically acclaimed bestsellers around the world and have been translated into more than thir...

More about Daniel Silva
The Fallen Angel
Copy and paste the code into your website.
New here? Learn how to read digital books for free