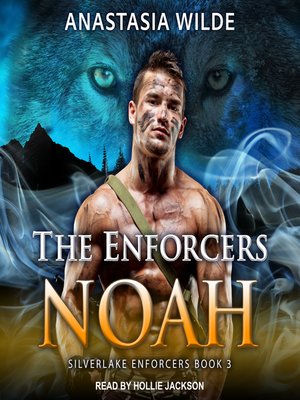 FantasyFictionLiteratureRomance
Noah Reilly has lost everything. His job as an Enforcer, his place in the world, and his ability to bond with a mate. All he has left is a made-up job with the Nashville wolf pack, tracking down nonexistent rogue shifters in the daytime, and running his wolf like a demon at night. Then one night his wolf gets caught in a bear trap, and a human woman risks everything to save his mangled leg-and his life. Mina Reston is trying to hold her life together, struggling to re-establish herself as a veterinary surgeon and animal researcher-while fighting a custody battle for her four-year-old son Brock and trying to convince him he's not really turning into a werewolf. She has no time for the scorching hot guy who hits on her in the local coffee shop, even when he appears to be everything she's ever wanted. But when Brock's werewolf fantasies turn real, Mina finds out her ex has been harboring dangerous secrets. Forced to go on the run with Brock, she turns to Noah for help-and finds herself plunged into a new world where love and danger go hand in hand, and only the ultimate sacrifice will save them all. Contains mature themes.
FantasyFictionLiteratureRomance

Anastasia Wilde lives in the deep forests of the Pacific Northwest, where shifters may or may not be found hiding among the tall, ancient trees. She loves to write paranormal romances about wild, passionate shifter men and the strong women who are...

More about Anastasia Wilde
The Enforcers: Noah
Copy and paste the code into your website.
New here? Learn how to read digital books for free