Harbor for the Nightingale 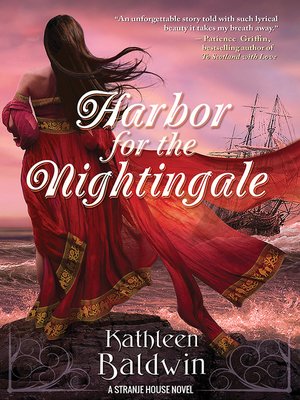 "Baldwin has a winning series here: her characters are intriguing and fully rendered." —Booklist, on Refuge for Masterminds

London, 1814. In this award-winning alternate history, Emperor Napoleon has forced Europe to its knees, and now he plots to seize control of Britain. Miss Maya Barrington, one of Miss Stranje's unusual girls, must act as a double agent and rely upon her uncanny gift of persuasion to stop Napoleon.

Maya is from two different worlds. When her Indian mother died, her father, an English lord, took her away from the warmth of India to cold inhospitable London where she was not welcomed. Her stepmother sent Maya away to Stranje House, a reform school known for its harsh discipline.

The school's dark reputation hides the fact that the headmistress, Miss Stranje, is actually training these unusual young ladies to enter the dangerous world of spies, diplomacy, and war. Stranje House turns out to be the perfect hiding place for Maya—she finally carves out a sense of belonging among these brilliant outcast girls.

But her world turns upside down when Miss Stranje and the girls are drawn into Napoleon's devious conspiracy.

To protect the friends she now holds dear, and to keep Napoleon and his ruthless spies from destroying the world she has grown to love, Maya agrees to play a duplicitous role. She must enter this treacherous game on the arm of the elusive Lord Kinsworth. Maya can read almost everyone—not so with this young rascal. Quick with a jest and armed with lethal charm, Lord Kinsworth remains just beyond her reach. Can she trust him?

With Britain's future at risk and those she loves in deadly peril, Maya questions everything she thought she understood about life, love, and loyalty.

Fans of genre-blending, romance, and action will love this speculative history, Regency-era, novel filled with spunky heroines, handsome young lords, and dastardly villains—fourth in the Stranje House series. Don't miss the first three books: A School for Unusual Girls, Exile for Dreamers, and Refuge for Masterminds

"An outstanding alternative history series entry and a must-have for teen libraries." —School Library Journal on Refuge for Masterminds

"This alternative history series will appeal to fans of Gail Carriger's works and The Cecelia and Kate novels by Patricia C. Wrede and Caroline Stevermer." —School Library Journal on A School for Unusual Girls