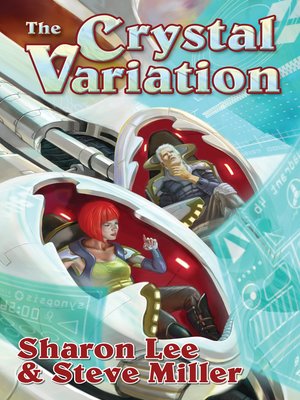 The Liaden Universe® "origin" novels, which set the standard for full-on, audacious space adventure, collected together for the first time in one omni edition.

Crystal Soldier: The galaxy is in danger. A mysterious alien race of energy beings called the shereika is destroying entire star systems and humans are making their last stand. Their only hope: soldier M. Jela and talented space ship pilot Cantra yos'Phelium.

Crystal Dragon: Cantra is revealed to be not merely a great pilot, but a genetically engineered aelantaza, or assassin and spy. She infiltrates the world of Landomist and liberates Liad dea'Syl, along with the equations stored inside his head. Then, she founds an alliance to protect her child by Jela—to be known (and become legendary) as Clan Korval.

Balance of Trade: Jethri Gobelyn is a young Terran, working on his family's trading spaceship. When he finds that he has invested in a con game, he must master the intricacies of Liaden society to regain his place—and face—within the clan.

The Crystal Variation
Copy and paste the code into your website.
New here? Learn how to read digital books for free